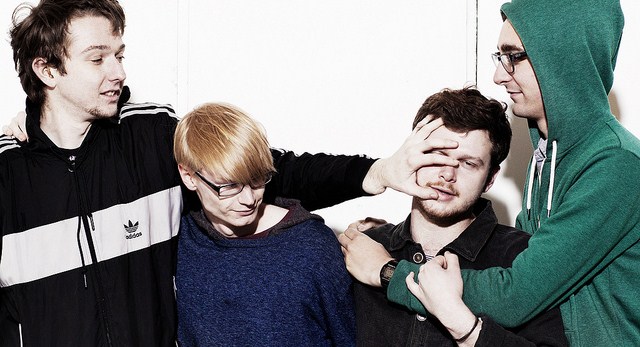 First encounter of alt-J with Greenpeace.

We like artists who don’t go by the book, because usually they are more than meets the eye. This is truly the case with the nerdy, indie approaching band alt-J, who actually hides some inspiring gents.

Our first encounter with the group occurred through a random YouTube playlist. The song ‘Taro’ appeared, which reminds of pure human nature. The deep connection between people, seeing them go about their lives, playing games and working together, is a timeless, universal feeling. The instruments themselves used in the song come to enhance this feeling through their strong world & traditional music notes enhancing this feeling. Simply put, the video renders the similar feeling one gets when watching videos showcasing charity work in third world countries; it simply screams for empathy.

The song is about Robert Kappa and his companion, Taro. They were revolutionary-minded reportage photographers, who both died in the field. For many, the song is an inspiration to do what they think is right, no matter the stakes. With further digging about them, it only gets more and more interesting.

For one of their opening tracks, they made the teaser in binary code and they launched a website inspired by a cult ’90s PlayStation game. But there’s so much more going on with them.

In 2013, the band has their first encounter with a group from Greenpeace at The Glastonbury Festival, marking an important moment on the trail of upcoming events.  The Greenpeace group were supporters of the Save the Arctic campaign and, after their first meeting with the band at the festival, alt-J decided to get on board and backup the crucial cause of icebergs’ melting in the Arctic. 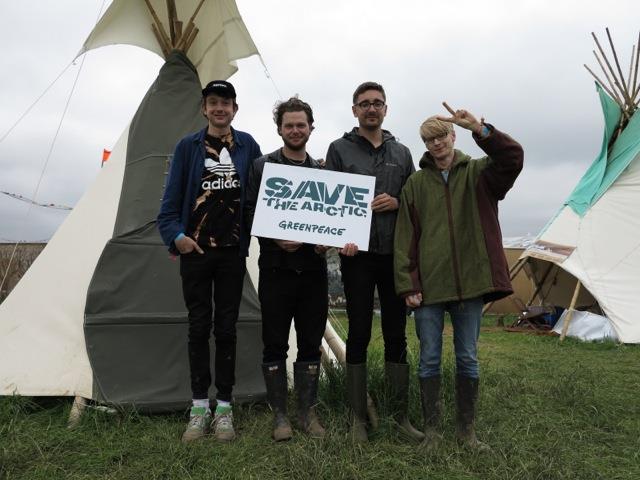 The people of Greenpeace Arctic protection strategy were having a petition for their cause and they managed not only to get it signed by the artists but they also received the right to use one of the band’s song, ‘Dissolve Me’, as soundtrack in their short film. The song tells the story of an all-female team of ice climbers that climbed to the top of Europe’s tallest skyscraper, The Shard building in Central London to raise awareness on icebergs’ melting due to global warming. Things got more complicated from here. A group called Arctic 30, formed of 28 Greenpeace activists and a freelance photographer and videographer, sailed to the Pechora Sea in September 2013 to peacefully protest against oil drilling in the Arctic.

They got arrested and detained by the Russian Coast Guard after trying to hang a banner on an off-shore oil rig. 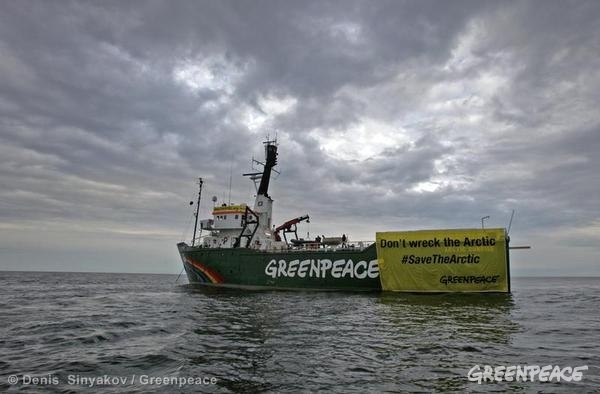 Greenpeace ship MY Arctic Sunrise with one of the banners. Credits by Denis Sinyakov.

This event started an international movement in which musicians such as Paul McCartney, Madonna, Thom Yorke of Radiohead, and Damon Albarn of Gorrilaz, and several heads of states called out the Russian authorities to release the Arctic 30 group. alt-J also joined the call and decided to give away 60 tickets for their NYC show that took place in the same year to raise awareness on the issue. This international effort was not in vain, as the Russian Parliament voted for amnesty for the supporters and they succeed in leaving Russia, as stated by Greenpeace in the last update from 2014. 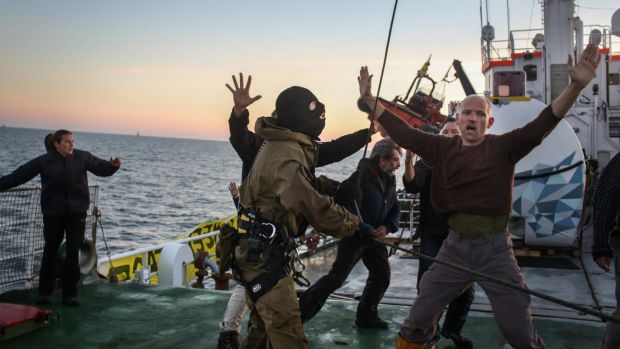 The campaign to free the Arctic 30 has seen 860 protests in 46 countries and in more than 150 cities worldwide, while more than 2.6 million people wrote to Russian embassies. Greenpeace has had a proud history of working with musicians to help draw focus to their most important campaigns and it’s no wonder to see such a cool band joining in.

alt-J is one of the headliners of Electric Castle festival in July.